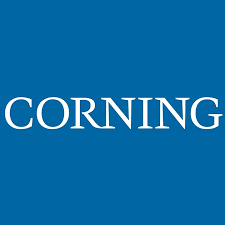 A decades-old relationship is stronger than ever

When Lisa Klein, distinguished professor and chair of the School of Engineering Department of Materials Science and Engineering (MSE), joined the department in 1977, Corning Incorporated and MSE already had a long-standing relationship.

“Corning is obviously a company that’s well-established in terms of glass manufacturing. At the same time, it is pushing the frontier in optical communication, display technology, life sciences, and other functional materials,” says Klein.

“There has been a steady stream of Rutgers graduates who have established their careers at Corning,” she says. “Many have taken on leadership positions, including the late Roger G. Ackerman, a former Corning CEO who received his master’s degree from the School of Engineering in 1962.”

Corning has continued its support since then by funding the Corning Glass Laboratory as well as competitive scholarships for both graduate and undergraduate students that, according to Klein, have been supported at times by the Corning Foundation and at other times from Corning business divisions.

“We also organize a trip to Corning for our students every other year,” she says. “It introduces them to the opportunities of corporate employment and gives them a taste of what manufacturing is all about.”

Welcome to the Glass Age

“We’re living in the glass age,” asserts MSE associate professor Ashutosh Goel (pictured at left in his lab). “Glass is one of the most important technologies we have. Yet there is a shortage of glass scientists in the U.S.”

Goel directs Rutgers’ Corning Glass Science and Engineering Laboratory. “Corning gave $500,000 to the MSE department to set up a glass research lab and hire a faculty in glass science, with an aim to reinvigorate glass research at Rutgers and create a talent pipeline for them,” Goel explains. “From the grant, $250,000 was earmarked to renovate the lab and $250,000 was supposed to be a part of the start-up package for me –the new hire.”

Hired in 2014 as a result of the Corning grant, Goel worked with MSE professor Richard Lehman to update and get the lab running. Since then, he has attracted more than $13 million in funding in the area of glass and ceramics and has worked tirelessly to propel Rutgers to the forefront of both domestic and international glass research.

As lab director, he works to keep the lab funded, whether for updating glass-melting furnaces or supporting graduate students and researchers who use the lab for research that, as he puts it, “Materials science is the future. It is beneficial for mankind and science in general.”

A Talent Pipeline to Corning

Former Corning CEO Ackerman isn’t the only SoE alumnus to pursue a successful career at the company.

As Goel points out, Matt Dejneka joined Corning in 1995 after earning his SoE PhD in ceramic science and engineering.  To date, he holds 64 patents and is a co-inventor of Gorilla® Glass – the chemically strengthened glass for mobile phone, laptop, and other electronic device screens.

More recently, Goel takes pride in the fact that five of the nine MS/PhD students he has advised over the past eight-and-a-half years have been hired by Corning.

A Network of Alumni

After defending her PhD in August, Nikhila Balasubramanya will be joining Corning as a melting process technologist, where she expects to help deliver solutions to real time problems in the melting process line while at the same time contribute to expanding the existing knowledge of structure-property relationships of the industrially relevant glasses. “The job at Corning is exactly what a person working on glass research dreams of,” she says.

Balasubramanya credits the SoE with preparing her to meet industry needs. “From making me comfortable working in the lab and communicating well to keeping up with different technical requirements and taking courses that strengthened my knowledge of materials, the school gave me the right push,” she explains.

Charles Cao, Goel reports, was the first student from his group to be hired by Corning after receiving his master’s degree in MSE in 2017. Today, a ceramic engineer working with Corning’s Division of Environmental Technologies in the Erwin manufacturing plant, he acknowledges that “my SoE education really taught me how to think like an engineer and tackle problems in the most efficient and logical way.”

At Corning, Cao addresses such problems as manufacturing defects, identifies opportunities for cost reductions or initiates process improvement projects. He is also the self-described “subject matter expert” on the plant’s raw materials.

While Cao notes that there are plenty of SoE alumni throughout Corning, he most often spends time with those who were part of his graduate school research group. “We see each other at the gym all the time and we grab dinner and hang out in downtown Corning on weekends. We’ve also caught a couple of Rutgers football away games when they are a close enough drive – I’m a huge fan of Rutgers athletics,” he says proudly.

“Without long-term industry/academia partnerships like ours with Corning, research cannot be sustained,” says Goel. “When an industry partner like Corning gives money once, it will reap benefits for years to come. In MSE, we’re doing our best to prove that it was worth it for Corning to invest in Rutgers.”